Who Is The "Fairest" One of All?

I hope this will not end up being the talk of CNY visitation - which paper is more fair - Our mainstream media Straits Times or City Harvest Church's in-house paper City News Singapore? But it just might help some get away difficult questions during Chinese New Year visitation (i.e. "why don't you find a boyfriend?")

How Did It Even Matter?

Well, it all started when Sun Ho embarked on the "Crossover Project" to Taiwan in 2002/2003. During that time, we seen the famous Roland Poon saga where he alleges that the church support her career using church funds, but was later threatened with lawsuit and had to issue a public apology (now we know he can maintain his integrity while Kong Hee and the entire management board is one down - the church had supported Sun Ho's secular music career using church funds while blatantly lying to the entire church that "not a single cent was used" from the church).

Then we see the face-of between Sun Ho and the now-defunct Mando-pop group 5566, who boycotted the 933 music awards in 2004 - because church members were ferociously buying up her Chinese albums in quantities 5s/10s/30s just to make her #1 in album sale. Then we see the "she's a pastor, she's not a pastor, she's actually a reverend, she's never been one" fiasco.

There was never a lack of news when it comes to Singapore's Hollywood Star with a series of Billboard Dance Chart Singles spun from church funds (yes - apparently it was one of the latest revelations in Court as a result of the CBT case involving the 6 CHC leaders).

Since many moons ago, CHC leadership had been accusing ST's style of reporting as being "biased", "one-sided", "sensationalists", among other names. And with this on-going trial involving the 6 leaders, the accusations have become even more cutting, coming from pastors and leaders themselves. 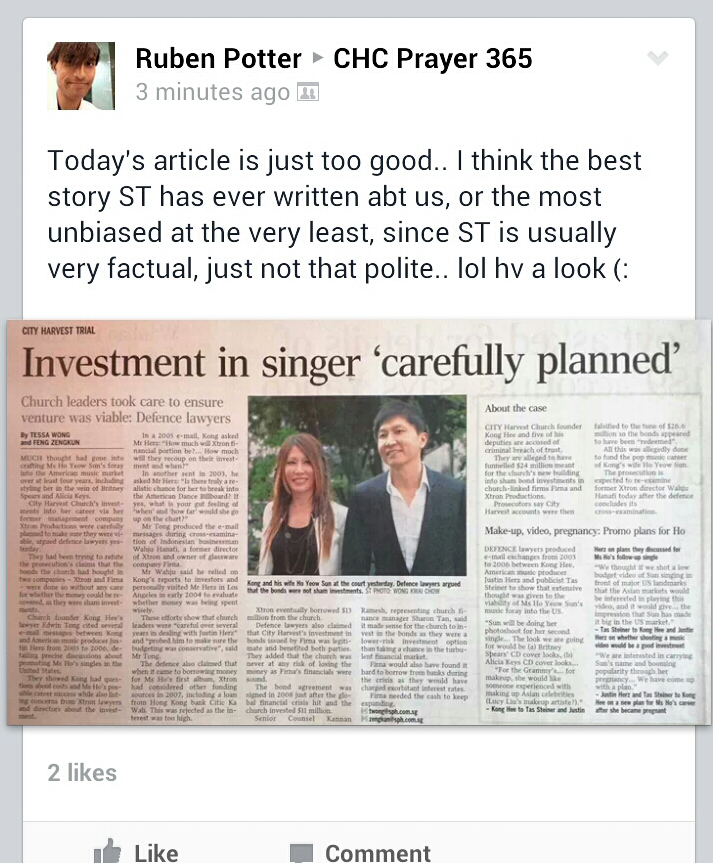 Apparently, City News SG has got what it takes to be the "only source you could trust" (wonder if it's an accolade only foreigners knew - where did that come from??), when it comes to receiving news from what is now unfortunately called the "CHC trial" 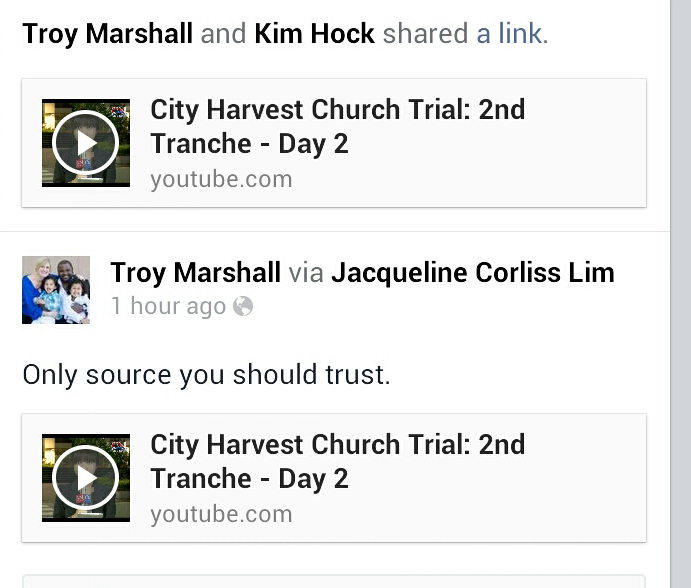 Well who can blame them? It's a well known fact that our MSM need more than a slap from some co-driver somewhere, and we know Bertha Henson is not going to make it since MDA has did some ninja work on her Breakfast Network, as well as other popular news sites like Yahoo.

So Maybe ST is Thrash... How About CN?

We know for sure it's a force to be reckoned with - when it comes to the misappropriation of funds case, it reports the "other side of truth" (perhaps I'm just gonna add "according to what one deems it"). Looking at what their worship leader and one of the Executive Member claims (that the authorities is scared of them), I think harmless Bertha should have a reason to ask MDA why her site got into their list but not CN's: 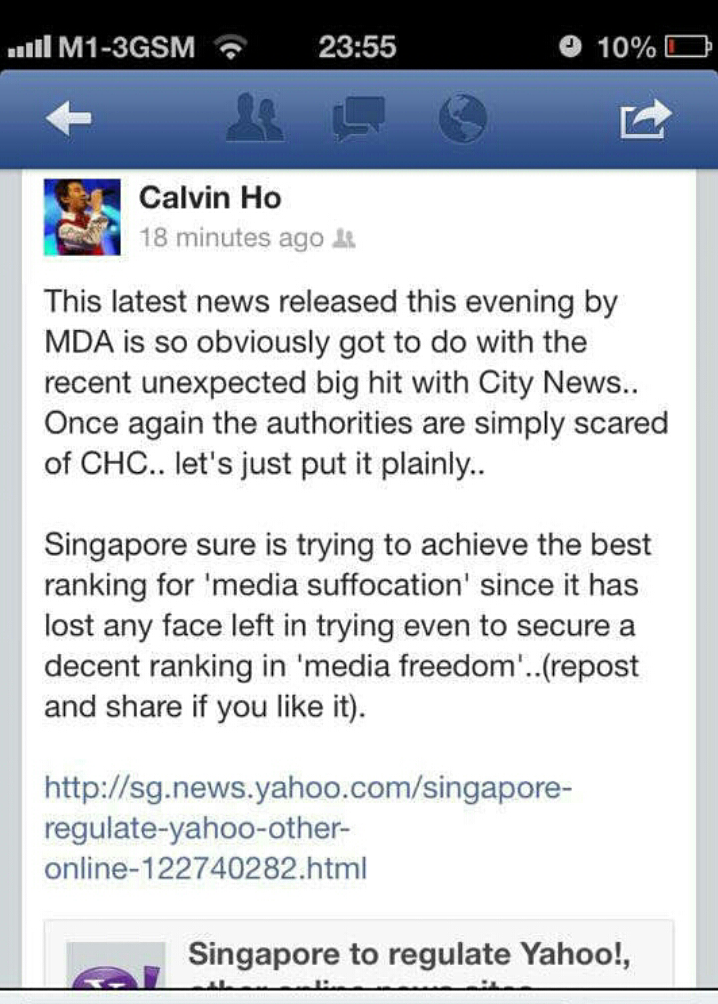 Perhaps Bertha will also find encouragement from one of the pastors suspended by COC - sometimes bad things just happen to "good" people who did nothing - yes you can do it, Bertha: 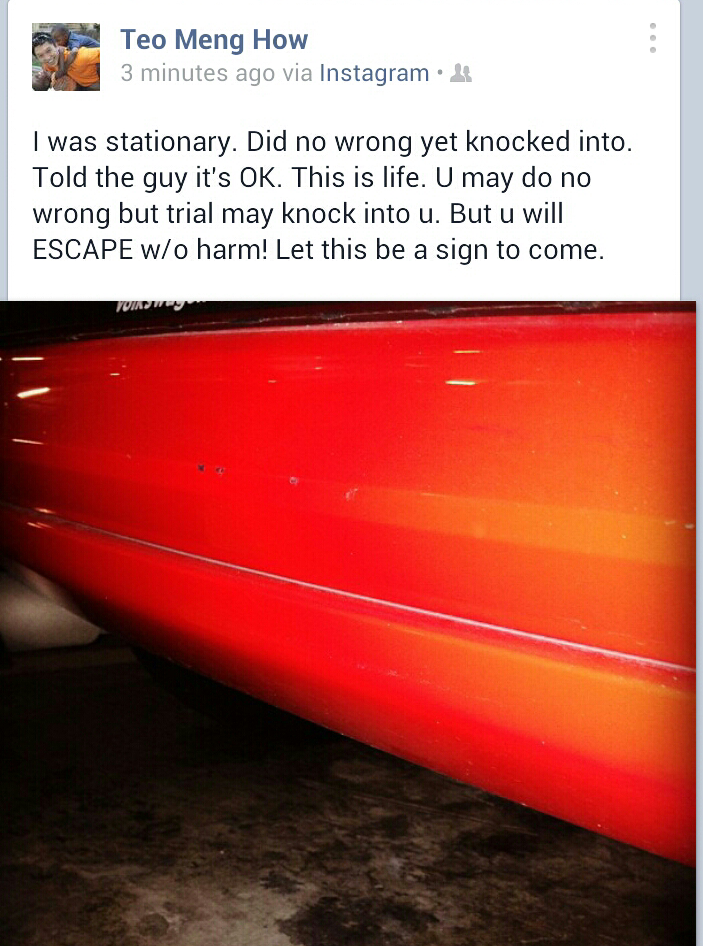 I generally enjoy reading CN, especially when it comes to the lighter side and a "inside perspective". But there are certain misleading elements as well, such as the way it selects headlines and frames its contents and leaving out certain elements - often stirs up the emotions of it's readership. Not too nice if it results in anti-government sentiments accusing the government of being bias, don't you think? (refer to the previous blog article: http://notunderthetable.blogspot.sg/2014/01/are-members-of-chc-unconsciously.html)

If it comes from ST, I can understand because they want and have no choice but to sell news. But for an in-house paper with international reach aimed at reporting truth, I think Bertha can offer some advice on how to be cordial yet factual and objective, and concurrently ask MDA why is her site is being "persecuted" in such an unfair world, when an in-house international paper enjoys such freedom.

Does the authorities fear them so much as their leader claim? Who is the fairest one of all would be another CNY discussion topic at visitations to spice up the usual "how are you" and "you are still not married???" type of small talk.

What do you think?